Below are some caricatures I drew last night at Mozzi's Italian Restaurant. 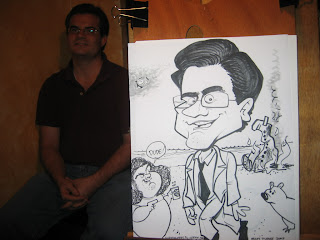 He was a fan of ABC's LOST. I think I made him look a lot like Stephen Colbert. 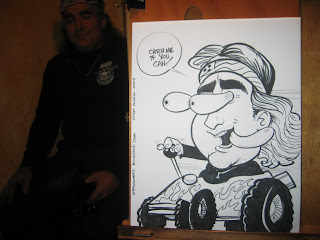 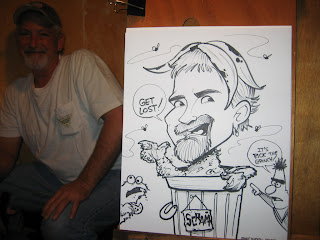 His daughter's friend calls him Rick the Grouch, although I found him to be a pretty happy guy. Any time I get a chance to draw Muppets, I'm thoroughly delighted. 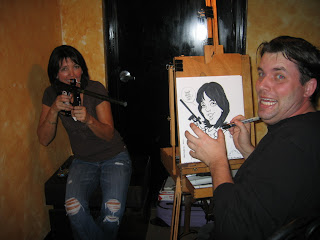 I've never been threatened to draw someone at gunpoint. Sure, it was a paintball gun, but still... 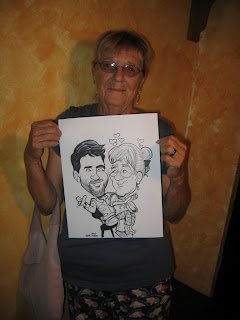 She was a fan of Tony Stewart. She had a picture of him on her wallet, so I couldn't resist.
Posted by Kenny Durkin at 12:33 PM

Hot Dang Diggerty that is some AWESOME drawing there! Way to go!!