Don't want to end up a cartoon in a Cartoon Graveyard 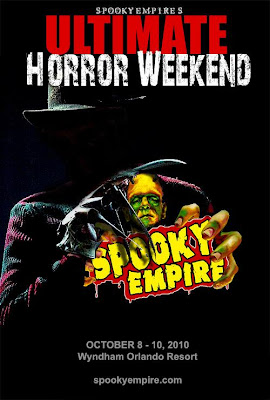 Spooky Empire's Ultimate Horror Weekend is going to be held in Orlando next weekend. My good friends Michael "Locoduck" Duron and Dennis Hart will be attending as guest artists at the event. In anticipation of the convention, Mike has prepared a great book called Cartoon Graveyard.

According to Mike, "Cartoon Graveyard is about to prove that none are safe from the zombie epidemic. The peaceful and usually happy Cartoon Town has been rocked by a strange zombie like virus. Leaving none of our treasured toons safe, it is spreading like wildfire. Cartoon Graveyard is a parody book that documents the tragic event. The book will feature zombie parodies of some of your favorite cartoon, and advertising characters."
I've seen some of the artwork for the book, and it's twisted, gory fun. I was inspired to throw together this little sketch of one of my favorite 'toons... 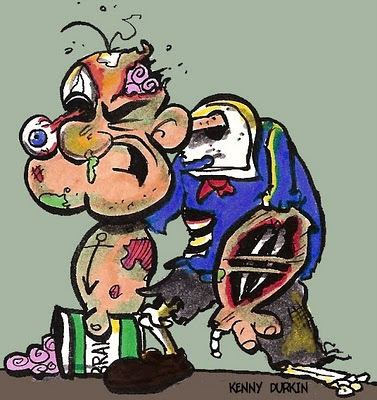 Check out Mike's blog here and Dennis' blog here, and if you're attending the Ultimate Horror Weekend, tell the guys I said "Hi".
Posted by Kenny Durkin at 1:28 PM

So many things I love about this post, including the title. I can just see a Zombie Chevy Chase and Paul Simon dancing to this version of "You can call me ZOmbie!"
Then after looking over the actual lyrics. Holee crap, Cartoon Graveyard IS in there. LOL
Thanks for the shout buddy, love the Popeye. Hope my version in the book does you proud!