Get your Barack Obama and Mitt Romney Garden Gnomes here!

For the past year or so, I've been working closely with GardenGnomeWorld who produces their very own line of garden gnomes. I was approached by them to re-design their existing Obama gnome. I needed to draw and entire turnaround for him to ensure the sculptor had plenty of information. 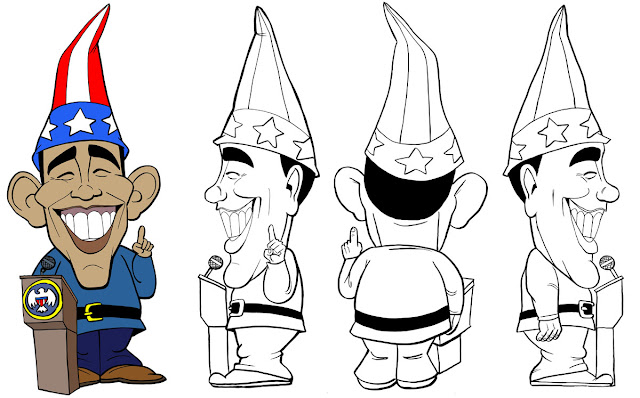 Once I sent them my design, they were so pleased that they decided to create an entire line of political garden gnomes. I designed Bill and Hillary Clinton, Ron Paul, Sarah Palin, Rick Perry, Herman Cain and Mitt Romney (pictured below). 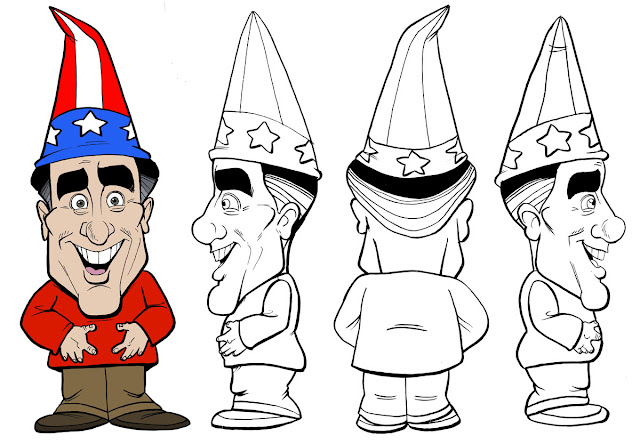 Several of them made it all the way to the painted prototype phase: 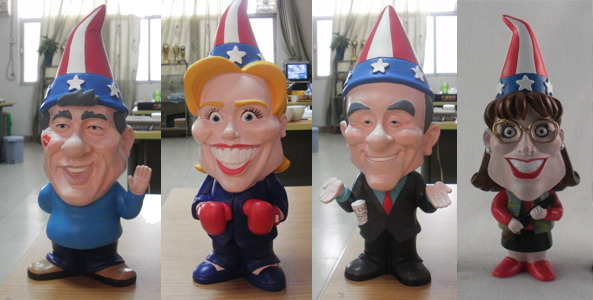 In the end, Obama and Romney made it to production.

The manufacturing business is constantly in flux, and it's only until now, just a few days before the election, that the gnomes are finally available. But I strongly encourage you to get them now. Hey, get one of each and after the election, you can recreate the candidate's victory in your garden. Have the winner standing triumphantly and the loser buried in the dirt! Here are the links: