If I was to list the occupations that I've always wanted to have, near the top of the list would be to work at Jim Henson's Creature Shop. To be able to create characters and make them come to life would be a dream. I'm fascinated with the process. That's why, when SyFy announced its new reality-competition series Jim Henson's Creature Shop Challenge, I was thrilled. We're now 4 episodes into the series and I'm hooked.


I'm rooting on all of the contestants, they all are extremely talented and deserve to work for the company, but I have a special connection to one of them. Robert Bennett is an Orlando based artist and a few years ago at the Orlando Muppet and Puppet Art Show, my work was displayed directly across from his. 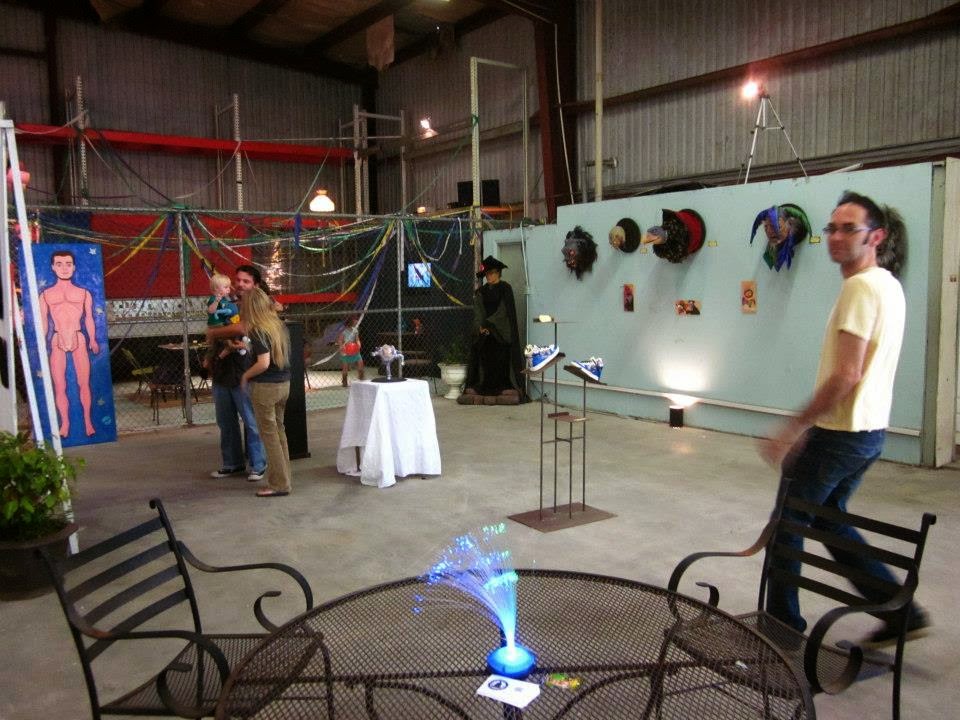 You can see Andi, Jett and I looking at the wall ahead of us. There are two of my pieces on that wall. Directly behind us on the table is another of my works and on the wall behind us is Robert's work. His stuff was my favorite artwork from the show, and I spent a lot of time admiring the skill and craftsmanship involved in creating those pieces.

I love the show on SyFy and I particularly enjoy the host and judges they chose. I thought I'd do a caricature of them, poking gentle fun at the talented and awesome Kirk Thatcher. 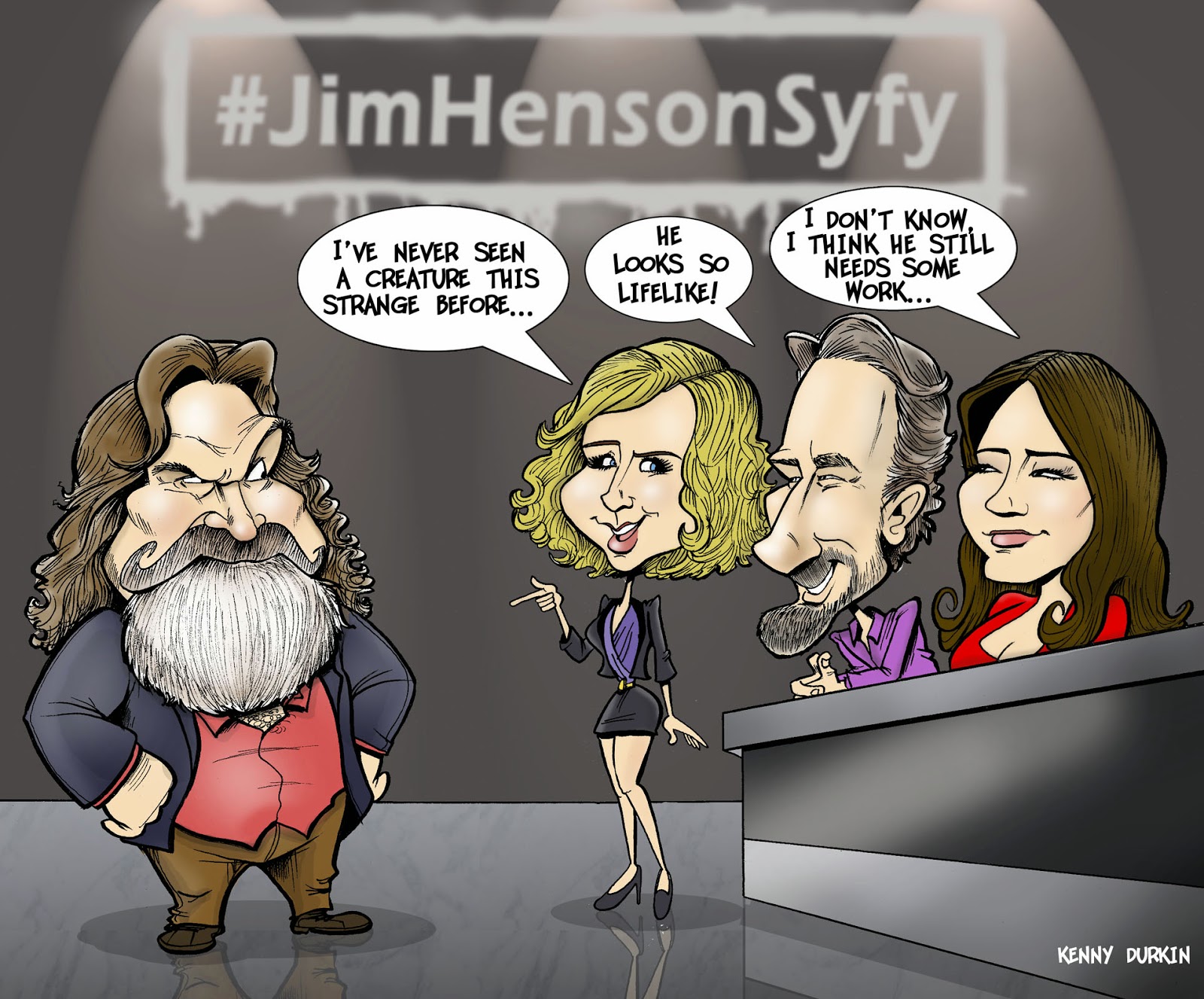