"Come with us and you will see, this our Geeky Friday.."

In the living room above the television is a shelf reserved for what assistant geek Alex and I call the "showcase shelf". It's a ever-changing theme, usually tied in to what is hot and happening in the house at any particular time. When ABC's television series LOST was on the air, I had a LOST display with some of the figures from the show (and when the series finale proved to be highly disappointing, I threw them up on ebay). Football season has warranted a Green Bay Packers display in the past, and most recently we had a Futurama exhibit. Now that Futurama's season has ended and with Halloween just around the corner, we've decided to switch over to a Nightmare Before Christmas Display.

This collection is usually housed in my bathroom, which is decked out in Nightmare Before Christmas decor. It's in the showcase now. Currently, we are playing up the Halloween theme of the movie... 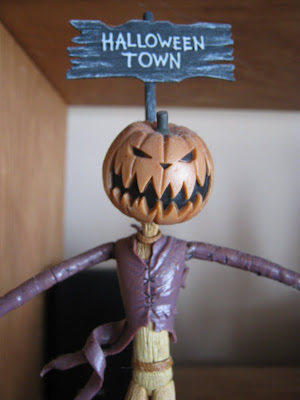 ...and after Halloween, we'll switch over to the Christmas theme of the film and I'll post that version of the display when we make the change. 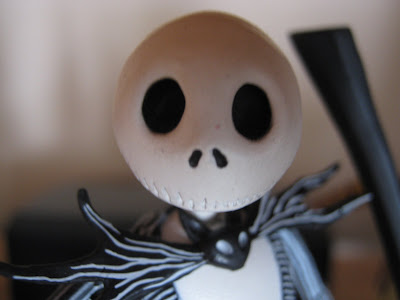 This particular display is comprised of NECA's Nightmare Before Christmas line of figures. 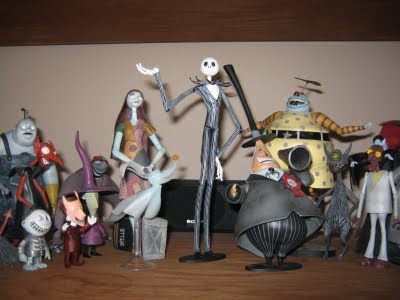 The near perfect sculpting of these figures very accurately portrays the astounding character designs from the movie. 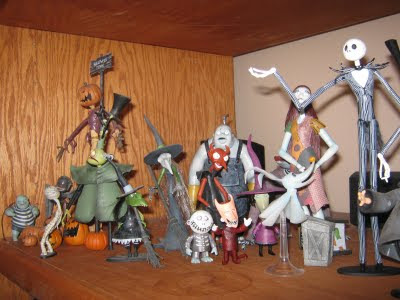 Every color and texture is meticulously recreated. 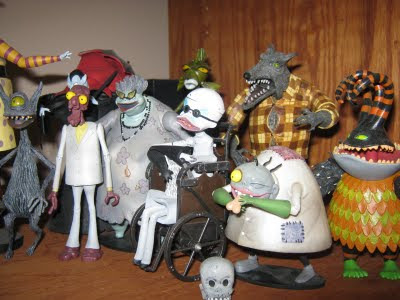 The articulation is top notch allowing the characters' poses to be highly expressive. 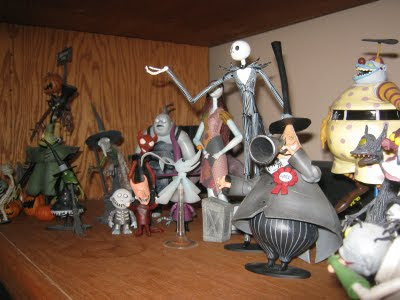 They were able to produce nearly every character from the movie before the line ended.

On vacation next week, so there MAY be no Geeky Friday (although I will still continue to post every day). See you then!
Posted by Kenny Durkin at 10:39 AM

Came across your site and noticed this post is a year old. Oh well, just thought you would be interested in checking out our Halloween decorations this year, since I am also a Nightmare Before Christmas fan.