I'm currently competing in the Fraggle Rock art contest at Talenthouse. Yesterday I posted the initial sketches, today I'll show you the final inks. Because of the complexity of the composition and all of the characters, I knew it would be easier to draw each layer separately so I could change the scale and rotate them as needed. This is the final inks for the main 5 Fraggles. 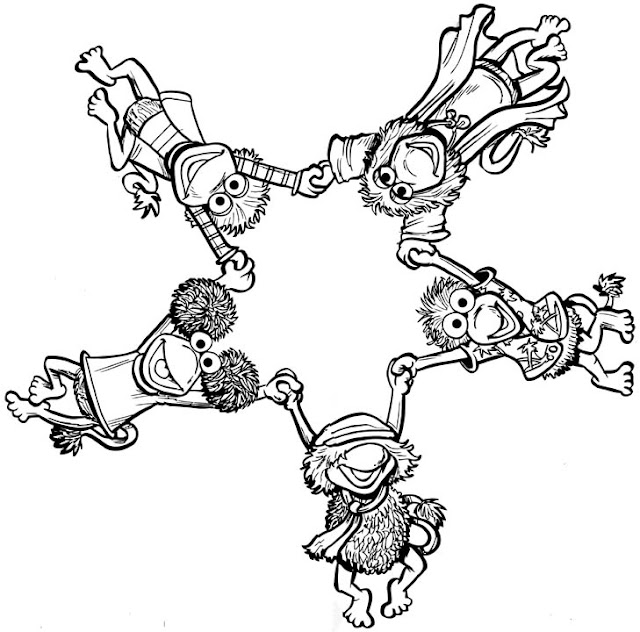 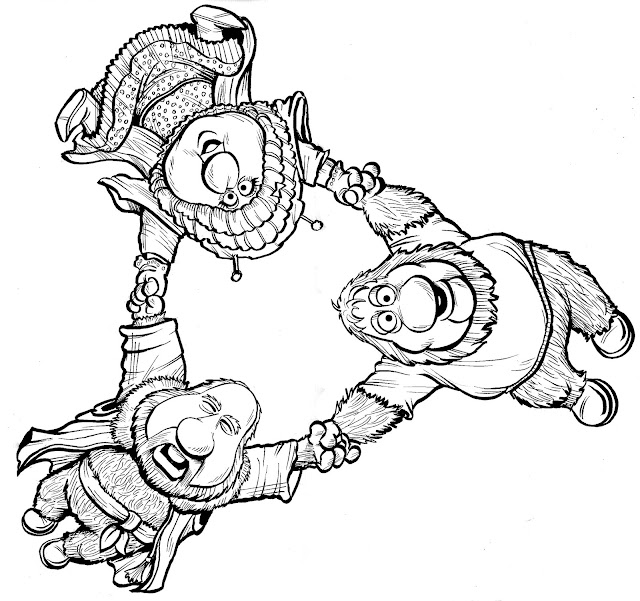 This is one half of the middle ring of characters. I split them in half because I knew they would be covered partially by the top ring (though I wasn't sure where), and I could modify the semi-circles accordingly. 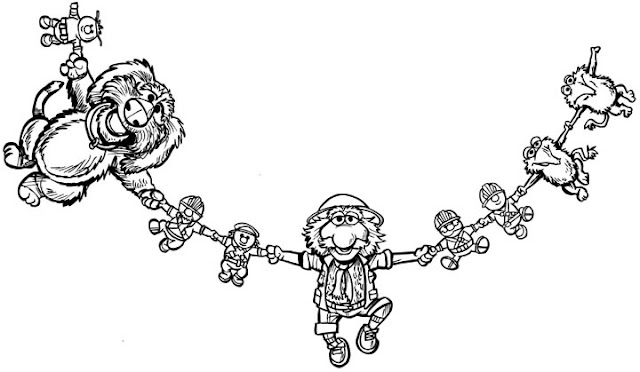 I inked these traditionally, scanned them, vectorized them and continued to the next step, color. Tomorrow I'll show the coloring process on each of the layers.
There are still a few days to vote for my entry. Just visit http://www.talenthouse.com/creativeinvites/preview/a511cf9ce89285ee333645df6ef6433a/595 . You can vote with BOTH your Facebook account AND your Twitter account. Thanks!
Posted by Kenny Durkin at 9:53 AM