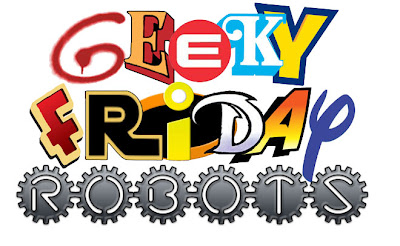 Today's Geeky Friday post is of my collection of robots. I've always had a fascination with robots even at an early age.

This does not represent all of the robots I have (wait until you see my Star Wars stuff), but these are the ones that don't fit in any other collection. 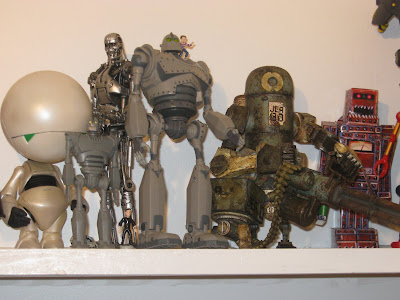 Starting from the left is Marvin from The Hitchhiker's Guide to the Galaxy. The Terminator is to his left. Next is the Iron Giant. The rusty guy and his little boxy companion are from Ashley Wood's fantastic line of robot figures. The red guy with the rectangle head and sharp teeth is actually a paper toy I printed up from a paper toy website. 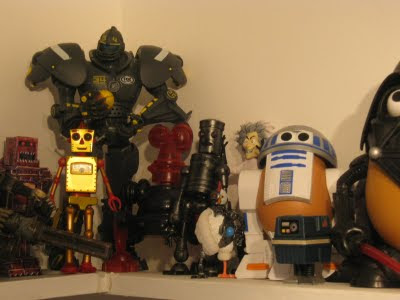 The largest robot is Cleatus, the Fox Sports Robot. The yellow bot in front of him is from David Kirk's book, Nova's Ark. The robot to his left with the red head is from an exhibit at Epcot Center where you could custom-build your own free robot using whatever color pieces you wanted. In front of him are a few characters from the Comedy Central show, Robot Chicken. Next is Artoo-Potatoo and finally, a Gonk Droid for the Vintage Star Wars line (I've had him for over 30 years).