Last night the family and I attended the Sing-Along Screening of The Muppet Movie. The free show was hosted by Ibex Puppetry and was part of the Orlando Puppet festival. It took place at the Avalon Gallery where the Puppet, Muppet and Marionette Art Show is being held. 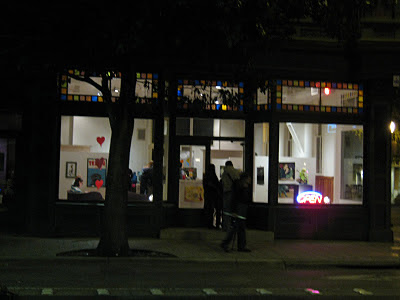 This makes my pieces highly visible to anyone passing by the gallery. What an honor! 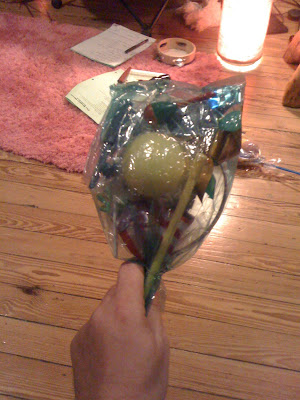 The sing-along screening of The Muppet Movie became so popular, that after a tally of the RSVPs for the 7:30 show, a second show needed to be added at 10. The show was free, however it was highly recommended to purchase a 3 dollar "goodie bag" before the show.
The bag included various props, noisemakers and other fun objects that we were supposed to utilize during specific points in the movie. I won't ruin the surprise by revealing the contents of the bag and when and where in the film they're meant to be used. This show can't be explained, it has to be EXPERIENCED! 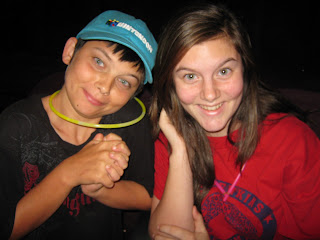 Alex and Kathy, right before the show.


These next few shots are courtesy of Orlando Paparazzi. I included them because the family and I are visible in them. You can check out other pics of the event at:
http://shop.orlandopaparazzi.com/muppetsingalong#h1d99309 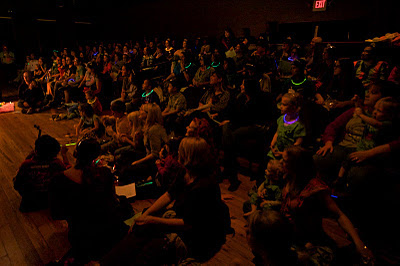 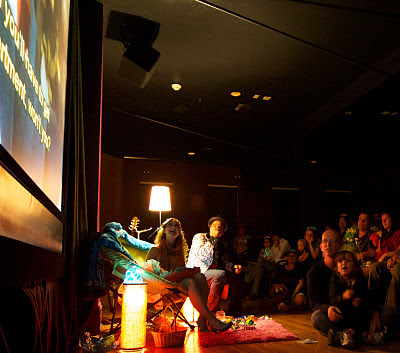 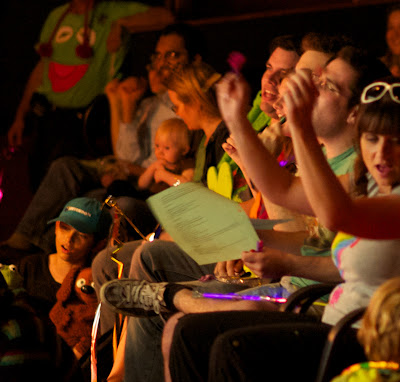 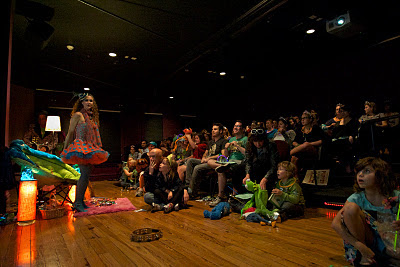 The highlight of the evening for me was getting to meet the effervescent Heather Henson. Heather is the founder of Ibex Puppetry, an entertainment company dedicated to promoting the fine art of puppetry and produces the annual Orlando Puppet Festival. 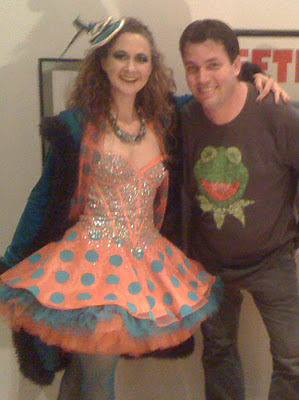 .The Sing-Along Screening of The Muppet Movie is likely to be an annual event, so if you missed it, be sure to check it out at next year's Orlando Puppet Festival. Trust me, it's an amazing show!
Posted by Kenny Durkin at 7:37 PM