The next Muppet/Sesame performer in my series is Richard Hunt.

Richard Hunt was born in 1951 and began working with Jim Henson in 1970. In 1972, he was hired full-time as Sesame Street, mostly performing background characters. Soon he began performing more high-profile characters like Don Music, Gladys the Cow and Forgetful Jones. 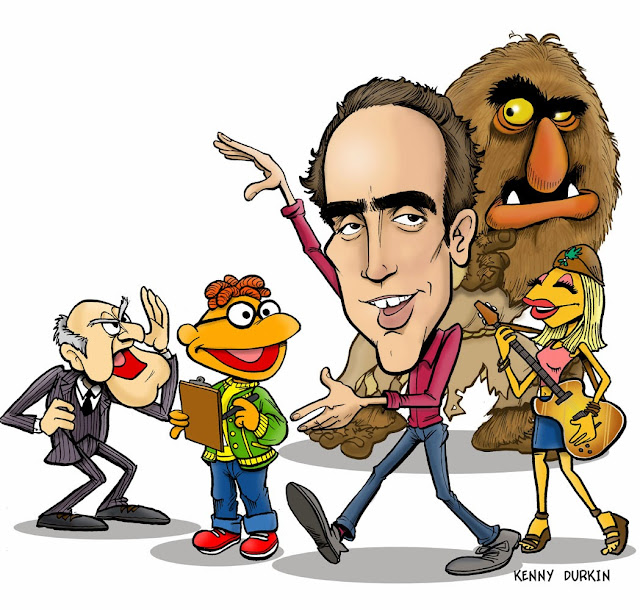 For the Muppets, he quickly moved to the forefront with characters like Scooter, Janice, Sweetums, Statler, and Beaker, and his beloved antics both on and off camera delighted his fellow performers. 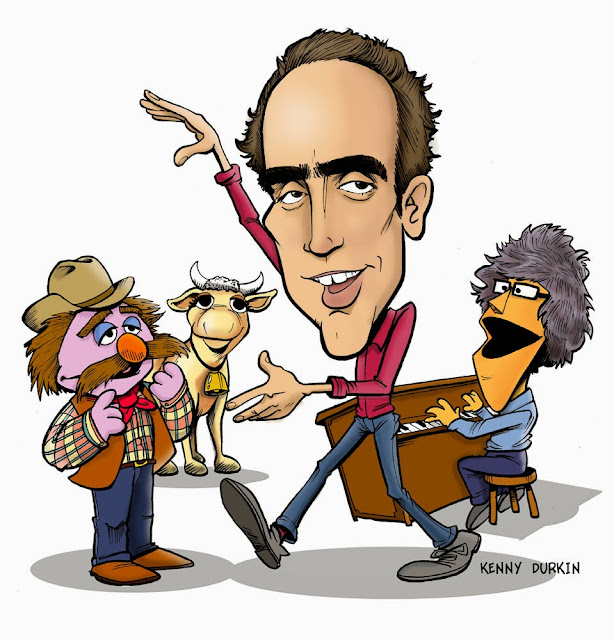 Richard Hunt left us in 1992, but his characters live on in the capable hands of the current Muppet performers
Posted by Kenny Durkin at 6:55 PM No comments:

From the "Never made it past the developmental phase" file, here are several illustrations used for a client who was pitching a trading card series centering around caricature depictions of NFL players. This is an example of the many projects that an illustrator can do work for that never make it off the ground. The client gave me the players and ideas and I was allowed to embellish on my own a bit. I figured with Troy Polamalu retiring, this would be a perfect time to share these. 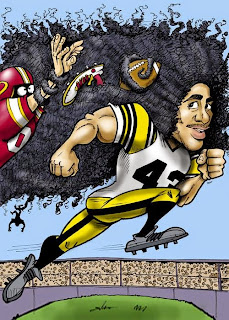 This is Troy and his trademark hair... 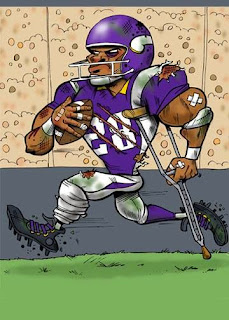 ...Adrian Peterson playing no matter how injured he gets... 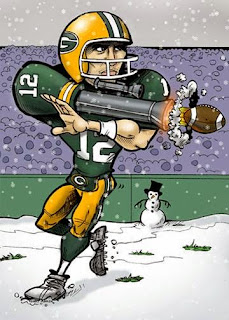 ...and Aaron Rogers with a cannon for an arm.
Posted by Kenny Durkin at 6:49 PM No comments:

I was recently hired by Disney/Muppets to do a series of T-shirt designs for the Muppets' appearance at the L.A. Clippers game March 15th. 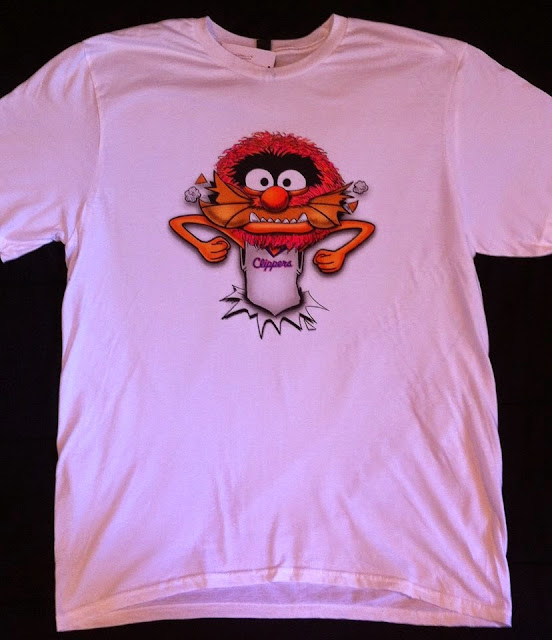 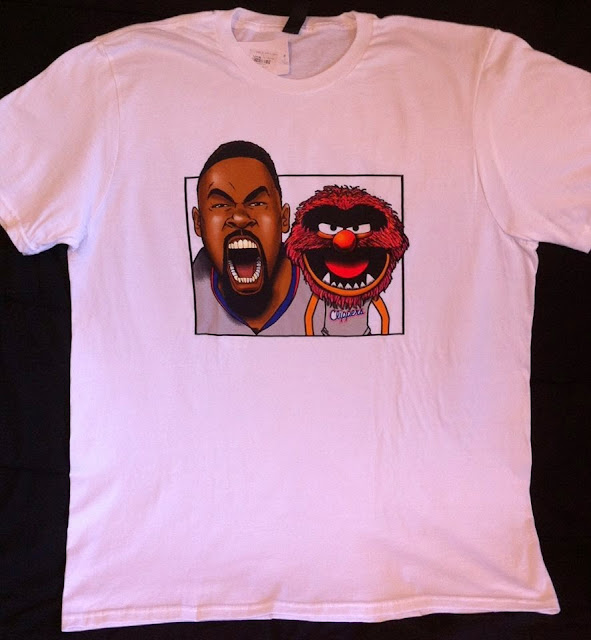 These were sold exclusively at the Staples Center for that game only. Exciting to work for the Muppets in an official capacity!
Posted by Kenny Durkin at 6:46 PM No comments:

Here's another silly idea I had.
A parody of the Mad Men logo. 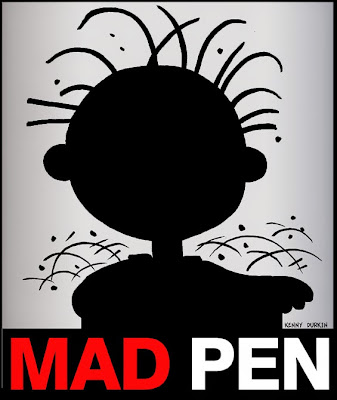 Posted by Kenny Durkin at 6:41 PM No comments:

One of my wonderful repeat clients is Rick Kiesling. Rick is an attorney out of Texas who makes cornhole boards on the side. I've provided him with graphics numerous times over the past few years. He asked me if I could do a special set for his daughter, who was getting married. 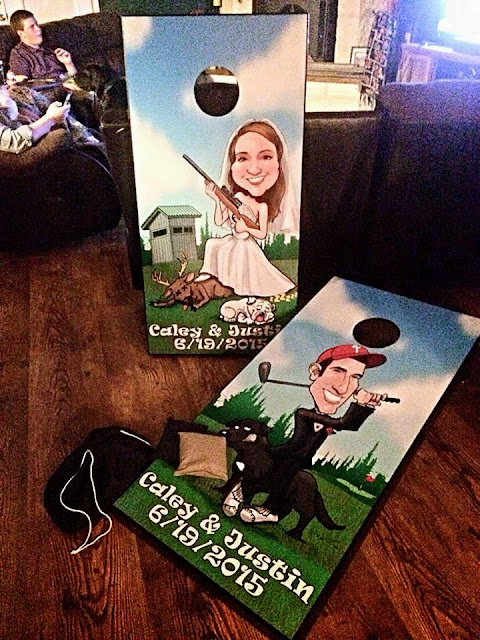 I did one of the bride and a separate one for the groom.
Posted by Kenny Durkin at 6:38 PM No comments: