Recently I did a gig with my buddies Ted Tucker, Keelan Parham and Brian Wright. 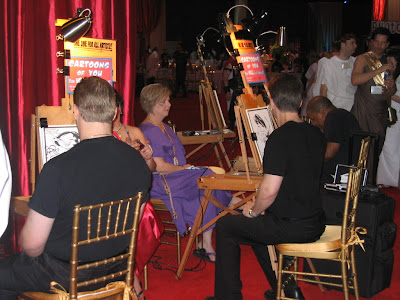 It was a company party with a Greek/Roman theme. It was elaborate, and I would imagine, very expensive. All the guests were dressed in togas or other related costumes. Also they were drunk. 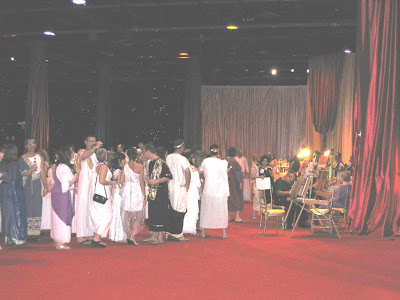 I know goofy looking guys are fun to draw, and that's usually the caricatures I post, so I thought I'd get some female representation. 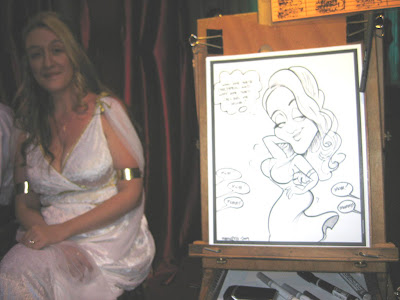 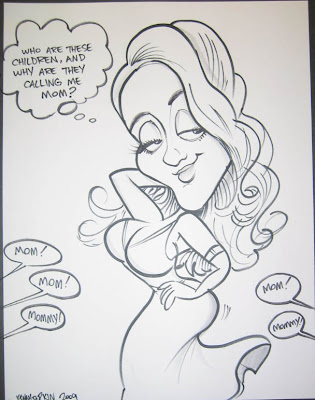 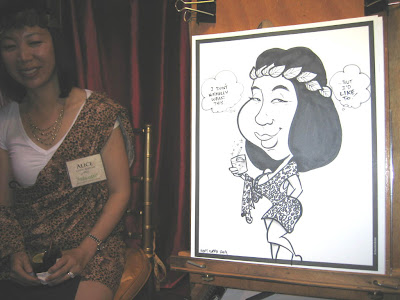 Alice was very quiet, but revealed her wild side to me when she told me something in broken English. I decided to quote her directly in the caricature. 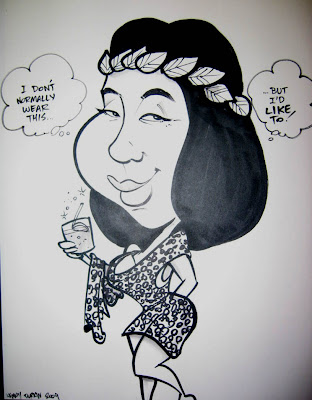 Fantastic work Kenny and you KNOW I am totally jealous that I was not there with you guy's... boo hoo....