I've been talking a lot about Norman Phartephant lately. For those who don't know, Norman is a plush toy elephant created by Angela Larson at Fierce Fun Toys. What makes Norman unique is that when you squeeze his tail, Norman lets out one of eight different gassy sounds. 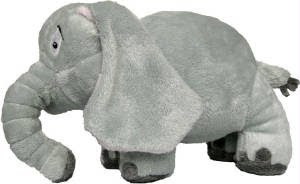 I was approached by Angela to illustrate a book introducing children to Norman and his world. The first step for me was to design what an illustrated Norman would look like. I didn't want him to be a literal representation of the toy, rather a more animated, cartoony version that still resembled the stuffed animal. 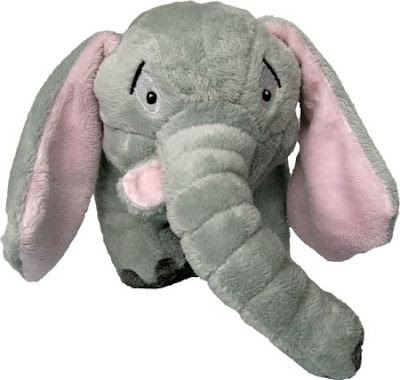 Angela sent me my very own Norman and after playing with him for several...hours, I began to study what made Norman..."Norman." I was immediately drawn to his wide-open eyes and his expressive eyebrows. I love drawing eyebrows. I even put them on fish.
The next step was to draw numerous versions of Norman. I made some very close to what the toy looks like and others I purposely strayed away from the toy's design. I wanted to give Angela a wide range of options. This way she could pick and choose which parts of each version she liked in an effort to narrow down Norman's final design. 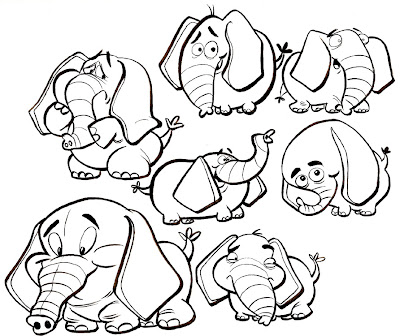 Angela really liked the one on the top right. In fact, the final cover of the book is based on that design. She liked that Norman could sometimes sit on his bottom or stand on his hind legs to express himself. There were versions that I liked, or may have been easier for me to draw, but I had to keep in mind that Norman had to look very close to his plush counterpart. Once we decided on a design, I worked on a front and side view of Norman, and established the color palette. 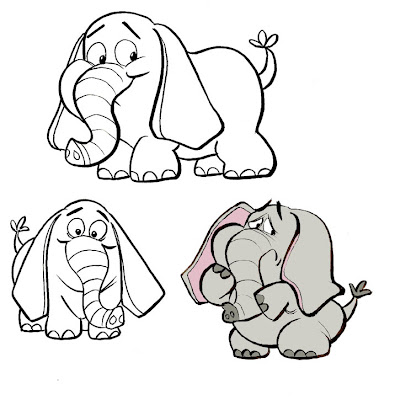 We used this collaborative back-and-forth process to design the other characters in the book. I'll post those soon.
Posted by Kenny Durkin at 7:00 AM