Alex, Kathy and I braved the heat and crowds yesterday and visited Disney's Hollywood Studios and the Magic Kingdom. Despite going in June (which I highly discourage for the faint of heart), we had a terrific time. We started at the Studios. 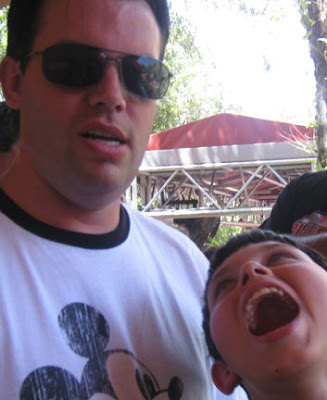 Clowning around in line for Rockin' Roller coaster. 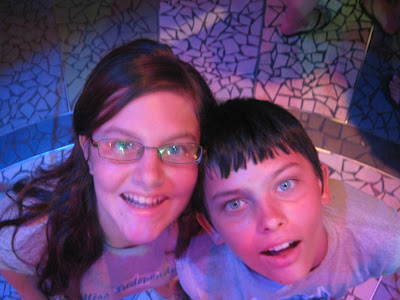 In the Rockin' Roller coaster foyer. Feeling the effects of air conditioning just in time. 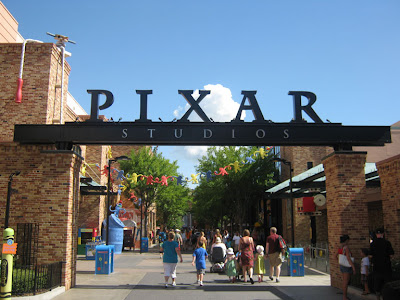 I love every single thing they've done. Every. Single. Thing. 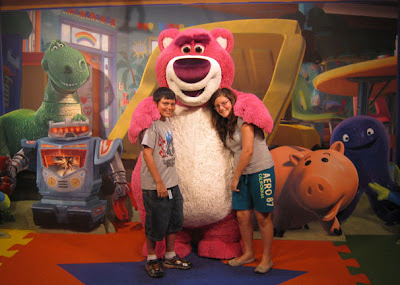 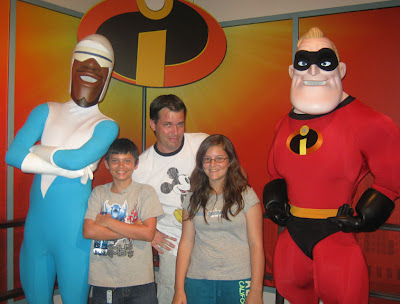 Frozone and some other Incredible heroes.

We took the animation tour, and for my first time, we stopped off and drew a Disney character at the "Animation Academy." We sat down in front of light tables representing those used by animators and were instructed by an artist step-by-step how to draw a randomly picked Disney character. This time it was the main character from Bolt, a movie I've never seen. It's interesting to see how our drawings turned out. Mine was pretty much on model, but the kids' version definitely have their own charm and style. 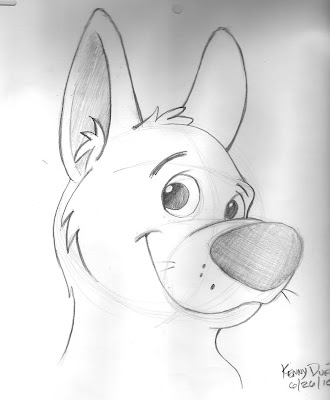 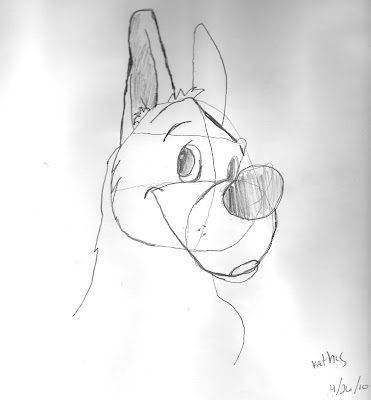 Alex's.
We ate, checked out a few more attractions including the not-to-be-missed Toy Story Mania, then headed over to the Magic Kingdom. We rode the TTA, saw Philharmagic, the Haunted Mansion, Pirates of the Caribbean, and ended the day with the main event. 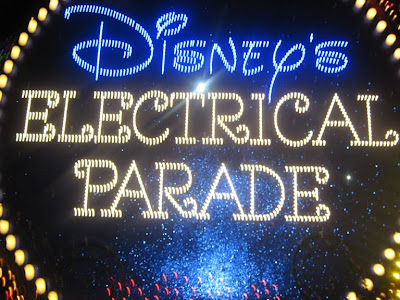 Welcome back old friend.
This parade was a favorite of mine since the very first time I visited the parks in the '80's. It had since travelled to Tokyo Disney and finally ended up at Disneyland in California, never to be seen again by yours truly. Fortunately, it came back to Disney World for a limited summer engagement. Nostalgic goosebumps all over. 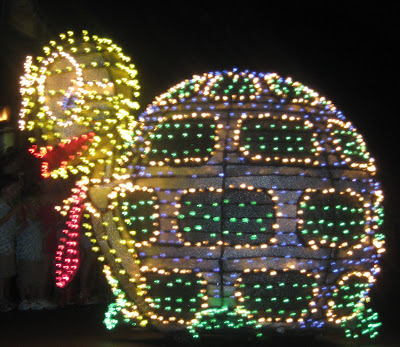 I love these little critters. 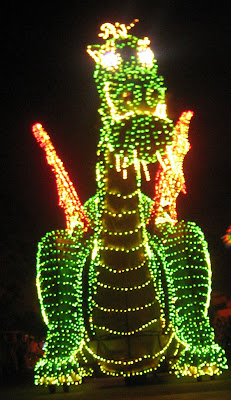 Of course, all things go better with dragons. 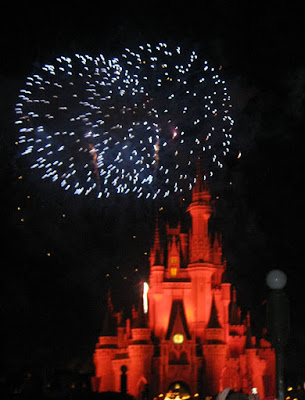 The parade ended and we fought through the crowds watching the fireworks. 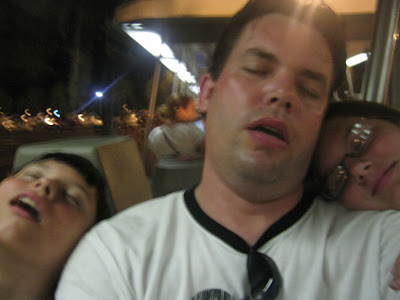 Pooped.
Posted by Kenny Durkin at 9:35 AM

AWESOME! Man we can't wait for you to join us on a our day in Universal Studio's! We are going to have the best day ever!

I can't believe Ted wore his Incredibles suit. What a nerd.