I first met Michele Nichols several years ago, when she started working for Caricature Connection. Beyond her artwork, which revealed her talent, skill and amazing eye, I noticed immediately her smile and positive attitude. Michele instantly became one of the top artists, but more importantly, she established herself as one of the most well-liked and respected people at Caricature Connection. 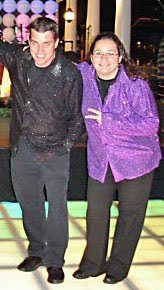 Michele and I worked together often, and we quickly became friends. I found her artwork to be so inspiring. Her color work was beautiful and unmatched by any other artist we worked with. I was constantly trying to learn from her.
We had a lot of common ground as well. She loved art of course, but also had a passion for music. She loved the Beatles and Tori Amos. She could sing quite well, and even did great impressions, like Lois from Family Guy. She loved her cats, swimming, the outdoors.
After my divorce, and when I was ready, Michele and I dated for a while. Dinner and a movie, usually Italian food, Yuengling and a comedy or thriller. She was always so easy-going, so honest. She allowed me to be myself. She made me feel at ease. She never judged me. 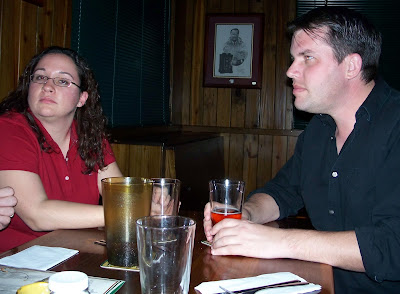 Eventually, after a few months of dating I decided I still wasn't quite comfortable, and that I still had to work out a few things in my mind. It wasn't her fault at all. She was awesome. We stopped dating. I know I broke her heart. I never in a million years meant to hurt her, but as always, she appreciated my honesty, and we remained very good friends. She continued to show her trademark class and dignity.
Michele got a boyfriend, moved out of her parent's house and became a lead artist at Caricature Connection. She was very happy and I was very happy for her.
On June 16th, just a few days ago, the pilot of a four-seat Piper PA-23 airplane contacted the Rochester International Airport in Minnesota requesting an emergency landing due to engine failure. Shortly before midnight, the plane narrowly missed a house and crashed about 200 yards into the woods. When the first person arrived to the scene, the plane was already engulfed in flames. Three people were killed in that crash. Michele Nichols was one of them.
I can't convey with any accuracy what a huge loss this is, both personally and professionally. The world is now less one amazing person. I give Michele's family, friends and all that knew her my deepest sympathy.
Posted by Kenny Durkin at 2:35 PM

That is such sad news, I will hold Michele's family and you all there at Caricature Connection in my prayers. Stay strong and celebrate the beauty of her life and everything she gave to those around her.

I just met Michele last week, and I could tell she was a happy person and an excellent artist. She was very nice and patient in answering all my questions. My thoughts and prayers are with her, her family, and all of you at CC.

I went to school with Michele and she is one of the kindest schoolmates I fondly remember. And I am so sad to hear news if this tragedy . She trully had excellent artistic talent that I was able to see firsthand transform during our years in art school. I feel so sad and hope her friends and family have all the support they need. I will miss Michele. -Lori Escobar

Thank you everyone. Your thoughts and kind words are greatly appreciated.

Thanks for posting this, Kenny.

This was a really great post Kenny. This was such a tragic incident. I'm still shocked. :-/