The designer toy craze has hit Disneyworld in the form of Disney Vinylmation. Designer toys is a term used to describe toys and other collectibles that are produced in limited editions (as few as 10 or as many as 2000 pieces) and created by artists and designers. In Disney's case, the vinyl toy is shaped like Mickey and like most vinyl toys are sold both as limited edition designs... 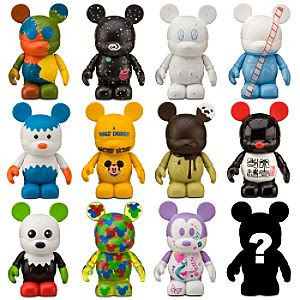 ...and as "blanks" which can be personally designed by the consumer. 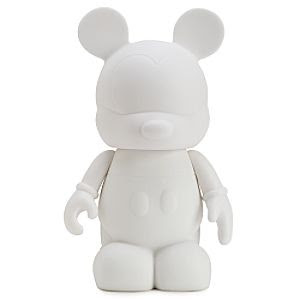 Last night I drew Tyler, and after his caricature, he wanted to know if I would customize his Disney Vinylmation character as himself. I jumped at the chance. 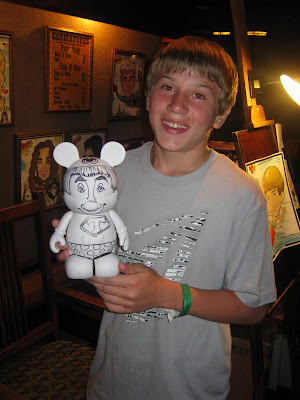 I can not begin to tell you how much fun this was!
Posted by Kenny Durkin at 7:57 AM

That's awesome, I have to get one of those to play with.

I know what you're saying Victor. I didn't realize how much fun those things are.

oh I gotta buy one of those in just over a weeks time.....

How much did you charge him?