Yesterday, Alex and I took our geeky little selves to see Star Wars In Concert at the Amway Arena in Orlando. Thumbs up big Al! 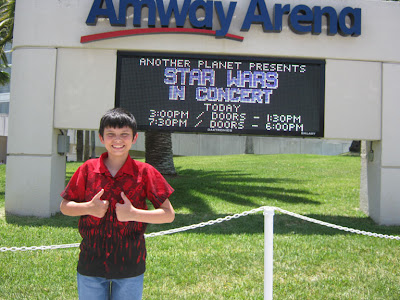 Star Wars In Concert is a celebration of the music and mythology of the beloved six-episode saga. Not only does it boast an 80 member orchestra, a 60-voice chorus, a monstrous LED screen, laser effects and live narration by Star Wars C-3PO actor Anthony Daniels, it is also a traveling movie prop and costume exhibit. These next pics are some of that exhibit. 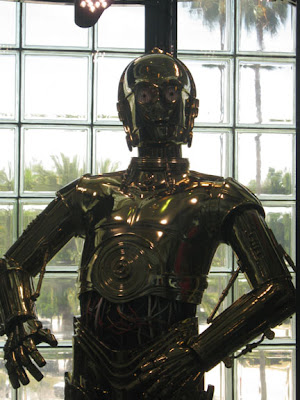 Our host's other gig. 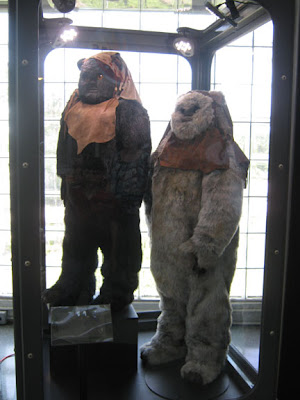 A couple of original Ewok costumes. 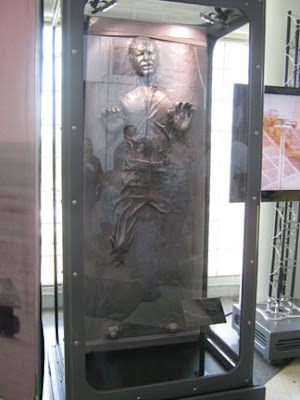 He's alive, and in perfect hibernation. 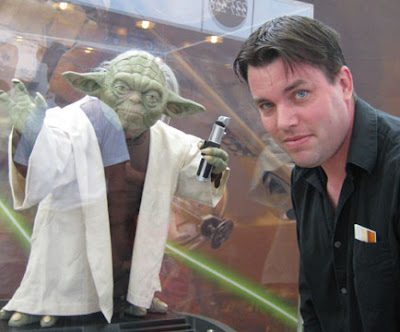 A couple of Jedi masters. I taught him everything he knows. 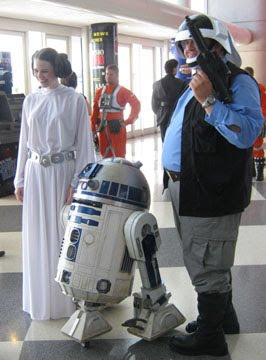 It's not a Star Wars celebration until Artoo shows up. 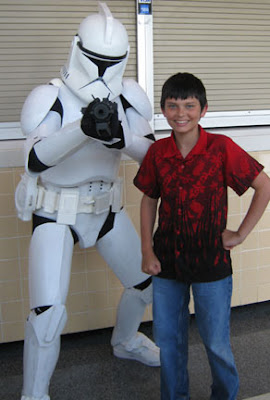 Tell the guy on the left to smile! 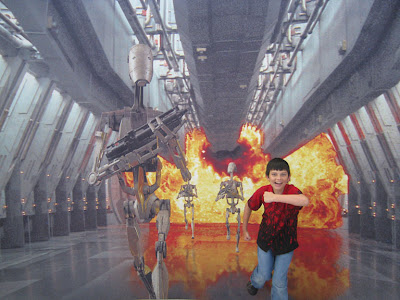 Alex narrowly escapes destruction on a Trade Federation Droid Cruiser.
We made our way to our seats, and the show started. No flash photography allowed, but I took the best pictures I could. 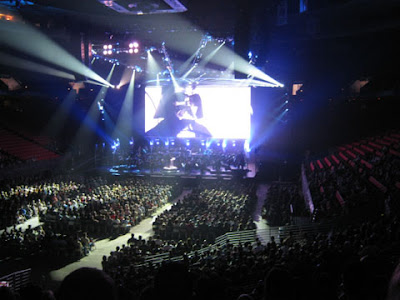 The chorus and orchestra were amazing. The sound was crystal-clear. Clips from the movies were interspersed with live shots of the orchestra. 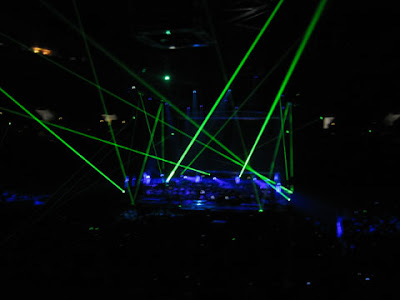 Lasers. It was like being at a Pink Floyd concert. 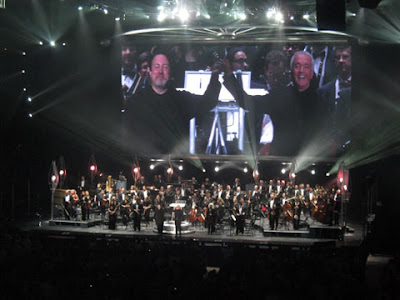 End of show. Standing ovation from the crowd. That's conductor Lucas Richman and host Anthony Daniels on the screen. 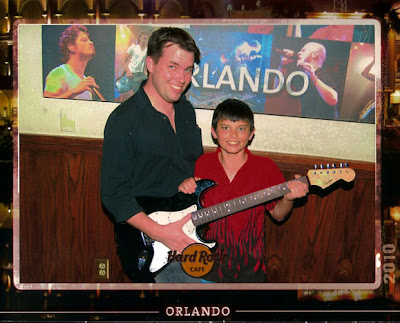 Ending the day with dinner at the Hard Rock Cafe.
Posted by Kenny Durkin at 11:10 AM

I am so pissed off. My husband really wanted to see that, and the only two shows in Milwaukee are on a day we have a stupid dumb wedding to shoot. :( Glad you liked it.