The other day, I drew caricatures at a trade show in which the theme was Alice in Wonderland. I was instructed by the client to draw the patrons as the characters from that story. The show hosts and vendors really participated. I love gigs like this. There were costumed characters... 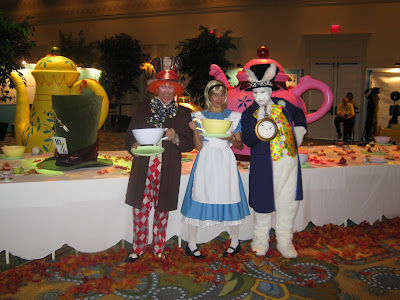 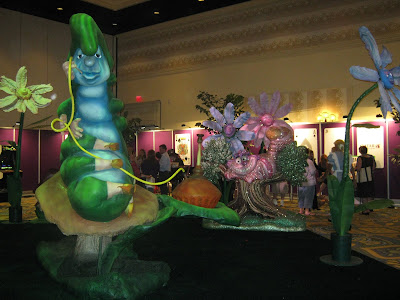 ..and refreshments. These tea sets were completely edible. The saucers, the teacups, even the spoons were made of chocolate and candy. 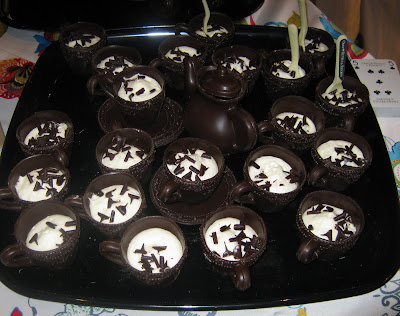 After the show, I was offered a sample. Delicious! 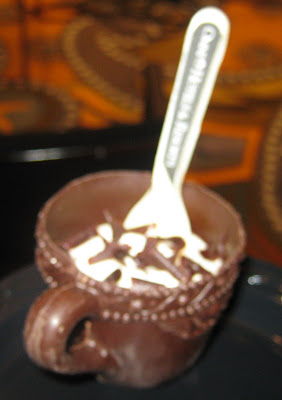 The patrons were mostly women. After I got tired of drawing only Alices and Queens, I decided to throw gender rules out the window, and draw the women as any of the characters. 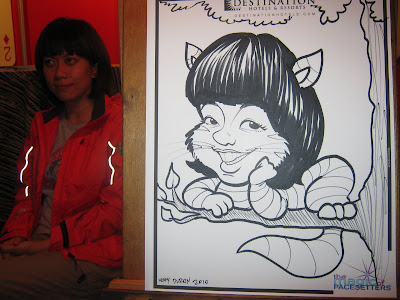 Well, they weren't ALL women. 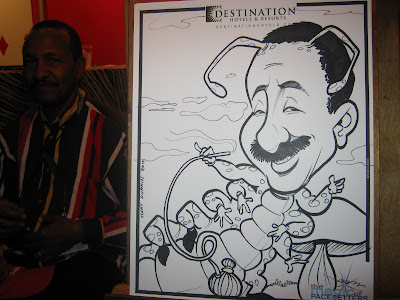 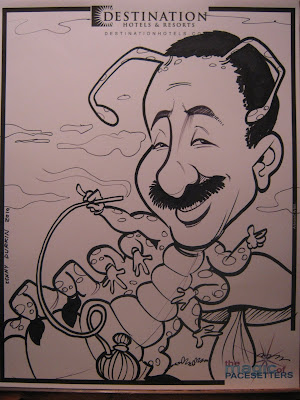 Fun fun gig. I had a blast!

Kenny that is excellent work and the guy as the caterpillar is AMAZING!

To use your own phrase "These are grrret!"