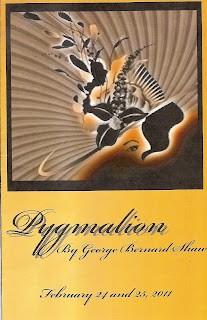 Alex made his acting debut as Coloniel Pickering. 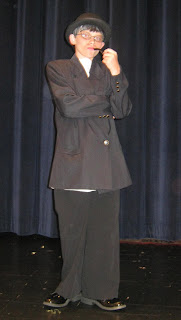 House rules insisted that no pictures or video were to be taken during the performance, and I dutifully complied. I did get some shots of him afterward however. 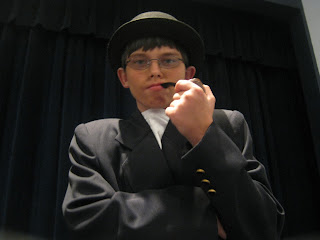 The production was great, and Alex did a terrific job. He was in nearly every scene! He looked like he was having fun acting, and even did some funny improvisational physical comedy with his prop pipe. He wore "old man" makeup and had his hair colored gray for the role.
Congratulations to you, Alex. I hope this is the first of many acting roles in your career!
Posted by Kenny Durkin at 9:49 AM

Knowing Alex, I'm sure he really played the part well. Wish we could have been there to see him!!