"It's 106 miles to Chicago, we've got a full tank of gas, half a pack of cigarettes, it's dark and it's Geeky Friday" 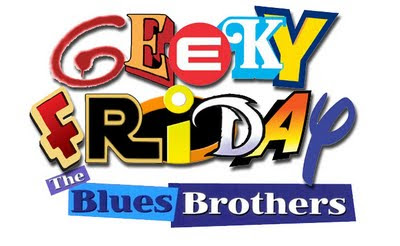 My favorite form of music is the blues, and the Blues Brothers were my "gateway" to blues music. My Blues Brothers collection is kept in the office at my house, the "blue room" so called because of the blue walls and curtains. 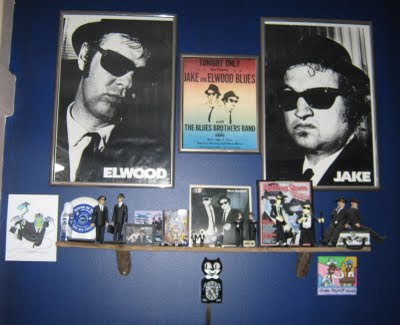 This is the main wall that is currently to my left as I type this. There are so many little Blues Brothers trinkets and items that I can't possibly list them all here. I can point a few out though. On the far left is the original Durkin's Dragons parody of the Blues Brothers that I did. There are some Blues Brothers figures scattered throughout the shelf, harmonicas, Bluesmobiles, a record album, the cover of Rolling Stone, a Nintendo game and even some merchandise from the occasionally awful Blues Brothers 2000. The small painting to the right, under the shelf is from folk artist Ken Pease. Not Blues Brothers specifically, but blues nonetheless. 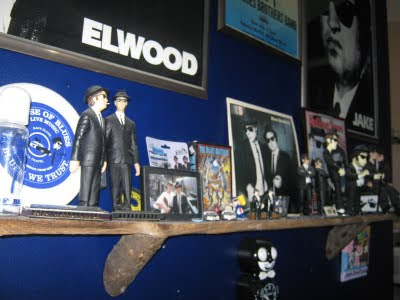 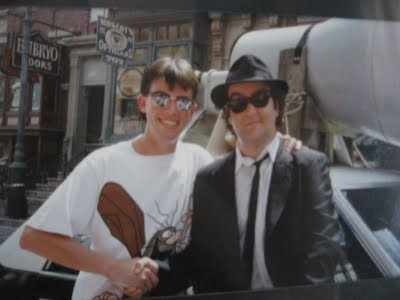 This photo from the shelf is from the mid-90's. It's a 40-pounds-lighter me with the best Jake Blues/John Belushi impersonator I've ever seen (note my Captain Caveman shirt). 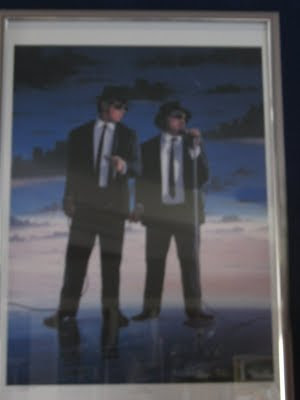 On the next wall hangs a print of artist Ronald Suchiu's amazing painting "Pure Blues." It's signed by the artist and Dan Aykroyd himself. 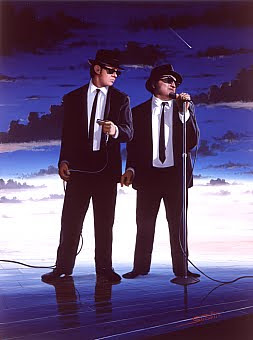 Here's a better shot of the artwork taken from Suchiu's website. Note that Jake has no reflection on the floor. Nice touch! 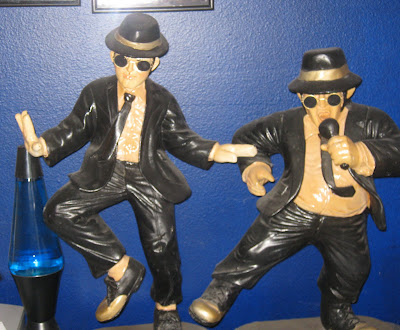 Finally, to my right are two Blues Brothers statues, each standing about two feet tall. I'm inclined to repaint them someday so they're a bit more accurate.

Thanks for stopping by, and stay tuned for next week's Geeky Friday!