Today is a sad day indeed.
We have lost another giant in the Muppet world. Jerry Nelson has died at the age of 78. 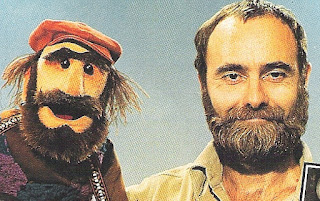 "Jerry Nelson imbued all his characters with the same gentle, sweet whimsy and kindness that were a part of his own personality. He joined The Jim Henson Company in the earliest years, and his unique contributions to the worlds of Fraggles, Muppets, Sesame Street and so many others are, and will continue to be, unforgettable. On behalf of the Henson family and everyone at The Jim Henson Company, our deepest sympathies go out to Jerry's family and to his many fans." – Lisa Henson, CEO The Jim Henson Company

It has been said that if Jim Henson was the heart of the Muppets, and Frank Oz the brains, then Jerry Nelson was most certainly the soul. 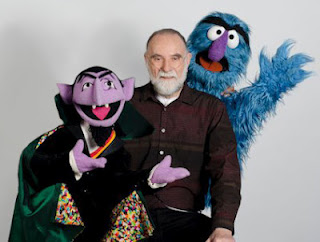 Did you watch Sesame Street? Did you learn to count from Count von Count? Did you enjoy the antics of the Two-Headed Monster and Herry? Did you believe in the Snuffleupagus? Then you enjoyed Jerry Nelson's work.
How about the Muppet Show? Did you groove with Floyd Pepper? Or laugh in delight when Crazy Harry blew things up? Did you share a tender moment with Kermit's nephew Robin? You can thank the amazing Jerry Nelson.
Wasn't Fraggle Rock a great show? Did you know Gobo Fraggle, Marjory the Trash Heap, and Pa Gorg were performed by Jerry Nelson?
These few examples among hundreds of characters Jerry performed reveal a complex and talented man, capable of outlandish humor, soulful reflection, and cheerful energy. His characters, and his legacy will live on.
Posted by Kenny Durkin at 4:10 PM

Very sad and the count was one of my fav characters when I was a kid!